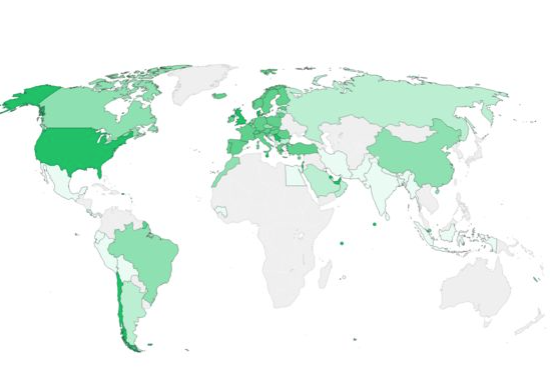 Generally positive risk sentiment over the past week has been evident in the markets as a reflation narrative gathers pace helped by the global vaccine rollout and expectations of US fiscal stimulus. Bond yields in Europe and the US have been moving higher, trading to levels not seen since September last year. US 10-year yields have moved above 1.20% while 30-year yields are now above 2.00%. Stock markets are also pushing higher along with energy markets.

The latter has also been impacted by a nasty cold snap in the US which is causing major issues. Parts of the US energy grid are failing at the worst possible time as demand for heating peaks. In West Texas for example, nearly half of all wind generated energy is down as wind turbines have frozen up, while the largest US oil refinery has been forced to shut down due to the cold. This has helped to underwrite demand for energy, especially oil which is also benefiting from Middle East tensions. WTI Crude Oil has now moved to trade above $60 from a January 4th low of $47.31. That’s a gain of over 25% in mere weeks. This will have flow on effects to the price of petrol at the pump, and inflation levels in general. The gain in oil prices is supporting the Candian dollar which has made gains in recent days against most other currencies. The UK Pound has also been a solid performer helped by improving data on the Covid front. UK virus cases have fallen below 10,000 for the first time since October and PM Johnosn has said “if we possibly can, we will be setting out target dates for earliest reopening”. He’s hoping to do so by 8th March.