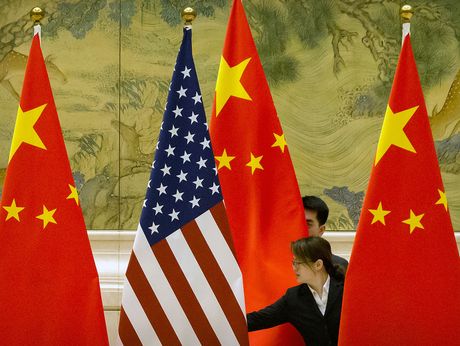 The Reserve Bank of Australia left rates unchanged at 1.50% Tuesday but gave a cautious statement to the outlook to the Australian economy for the next while. Governor Lowe gave the impression he was preparing us for lower rates after growth nearly stalled over the second half of last year. The Aussie Dollar initially dropped to 0.7050 levels against the big dollar but by midday Wednesday was pushing 0.7100. The Australian budget lowered its GDP forecast for the current financial year to 2.25% down from 2.75%. Through to 2020/21 growth is expected to rebound to 2.75%. Retail Sales published much higher than the predicted number of 0.3% to 0.8% offering relief for a dovish RBA.

US ADP Non-Farm Employment released weaker at 129,000 based on 184,000 expected for March and is usually a good gauge on what we can expect for (NFP) Non-Farm Payroll figures when they are released Saturday morning. That being said we can expect NFP to be around 175,000, anything less than this will sink the USD and push the NZD and AUD north as it did last month when the print was also weaker than expected. Earlier in the week US Retail Sales printed poor at -0.2% from 0.3% expected showing signs that the economy has shifted gears.

It’s been a quiet week on the economic docket in NZ with just business confidence printing down on expectations highlighting falling business confidence for the March quarter. The kiwi has been under pressure-easily the weakest currency this week. The global dairy auction was the 9th consecutive rise for the index with overall prices slightly up 0.8% with skim milk prices up 1.8% but whole milk surprisingly slipping down 1.3%. The NZ Minimum wage for adults rose from $16.50 per hour to 17.70 per hour on the 1st of April and is the biggest single increase ever. More than 200,000 are affected by the welcome rise but some say job losses could be the by-product of an unsustainable increase. With the government forecasting to have the minimum wage at $20 by 2021. Expect the consumer price index (CPI) to go up as a fair chunk of products and services will need to increase prices to accommodate.

Risks of a no-deal Brexit are still reasonably high Friday with Carney reporting this very real probability could happen by default and suddenly with no transition. Jeremy Corbyn and Theresa May held what was deemed constructive talks yesterday to try and find a work around for a way forward so MP’s are on the same page when they stage their next set of voting. Not sure why this couldn’t have been done months ago to avoid the situation they are faced with, but clearly a lot of flexibility by both sides is needed. The British Pound meanwhile is back above 1.3150 from late last week’s low of 1.2975.

Overall optimism returned to markets Thursday with risk currencies all up a tad based on another round of discussions between US and Chinese officials in the ongoing tariff/trade disputes. Hopes of a deal being resolved sent equity markets higher with reports suggesting most of the issues have been ironed out which were standing in the way of a deal.