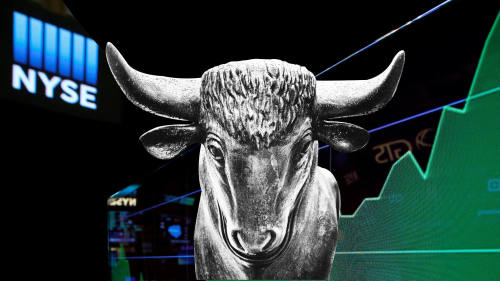 The Australian Dollar’s bid to reach 0.7400 against the US Dollar came to a halt Thursday after political woes hit the headlines once again. The focus has returned to Canberra with leadership challenger Peter Dutton claiming support from his parliamentary party is climbing. With a history over the past few years of leadership challenges the market will be well versed to gauge the direction of the Australian Dollar. The Australian Dollar is weaker by half a cent against the greenback and could drift lower over the remainder of the week if political uncertainties continue. The Fed minutes Thursday morning showed a dovish slant which has weighed on overall risk sentiment as well. We suspect unless positive headlines eventuate from the Jackson Hole Symposium a risk off market will dominate through to the close.

The New Zealand Dollar battled its way through to a 0.6720 high against the US Dollar and has been a consistent performer over the week. Even poor data from the fortnightly Global Dairy Auction wasn’t enough to dampen the mood. Prices in the auction were overall lower by a total of -3.6% with whole milk powder at -2.1%. As the trade war continues on between Trump and China we will see a marked difference in global demand develop. Dairy products entering China from the US will have tariffs attached and will affect price sensitive Chinese. Other markets like NZ may get the nod to supply more products eventuating in a plus for the NZ economy. On the other hand with the US market left with product they need to flog to other markets this could also impact. Retail Sales figures Wednesday gave the NZ Dollar a boost coming in at 1.1% from the 0.4% markets were expecting. Risk sentiment will be the key driver over the rest of the week, we have already seen a shift off highs for many cross currencies and potential for the kiwi to move lower.

The US Dollar retreated Thursday after the Federal Reserve Minutes released showing a more dovish tone than expected. The US Dollar is down against all its counterparts except the Aussie Dollar. The Federal Reserve have kept their line of gradual rate hikes but have said they are keeping an eye on global downside risks that could leave the US economy venerable. Basically anything to upset their “ducks in a row” fine-tuned plan could bring about a change to monetary policy. We will certainly get a further look when the Fed chair Jerome Powell speaks again Friday at the Jackson Hole Symposium. Before this though we have crucial US monthly Core Durable Goods which are expected to print slightly better than last month’s positive result.

Although the Pound has been wells supported this week traveling to a fresh high of 1.2940 against the greenback the recent theme looks to be to the downside as investors square up profit taking and sentiment shifts. This week’s economic data in the UK with only Tuesdays Public Sector Net Borrowing figure surprising after it released at -2.9B from the -2.1B expected. The number is the lowest net borrowing figure since 2007 and represents the cash needed to be raised by financial markets to finance the government’s activities, this in turn will lower the government deficit. Brexit negotiations are now in the final stages, expect more fireworks over the following couple of weeks.

With no Turkish headlines adding to the already strained Euro this week the currency has enjoyed a jump in momentum. With a lack of Eurozone economic data publishing the Euro has been driven off risk markets. The EUR peaked at 1.1620 against the US Dollar its highest level in two weeks.  The Fed minutes released Thursday and showed a slightly dovish stance to upcoming policy sending investors into the US Dollar taking the crosses and the EUR off its high. With the Jackson Hole event looming we have seen an unmistakable demand for US Dollar, perhaps markets are a little cautious ahead of Jerome Powell’s speech on monetary policy. French and German Manufacturing numbers released generally positive but made very little difference extending the Euro. German Retail Sales prints next Thursday in what will be another quiet week for economic data.

Japanese exports to America have diminished over the past year plunging 5.2% in July from the year earlier. Shipments of cars have slumped by 12.00% – This comes even before Trump’s 25% on all auto imports comes into play. Japan’s Nikkei traded higher erasing losses on Thursday as news of coming talks between China and the United States at the end of this month. Hopes of easing the prospects of a trade war bought improved risk to currency markets sending the Japanese Yen lower, closing above 111.00 against the greenback. Drivers of the Yen this week will come from market sentiment with plenty of uncertainty on the table and a lack of local Yen based economic data.

The Canadian Dollar has continued its momentum from early this week posting new highs against most currency crosses. Canadian Retail Sales printed slightly worse than the expected 0.1% at -0.2% only stopping the CAD momentarily as it pushed through to 1.2990. Crude oil prices have lifted from 65.50 levels to 68.00 over the week as official Inventories posted stockpiles of -5.836M barrels from the -1.6M barrels boosted the CAD. Thursday underwent a change to sentiment with the US Dollar becoming very bid across the board. The Canadian Dollar gave back its week’s gains with price moving back above 1.3000 to 1.3100 Friday. Markets await the Jackson Hole Symposium today for further market insights.