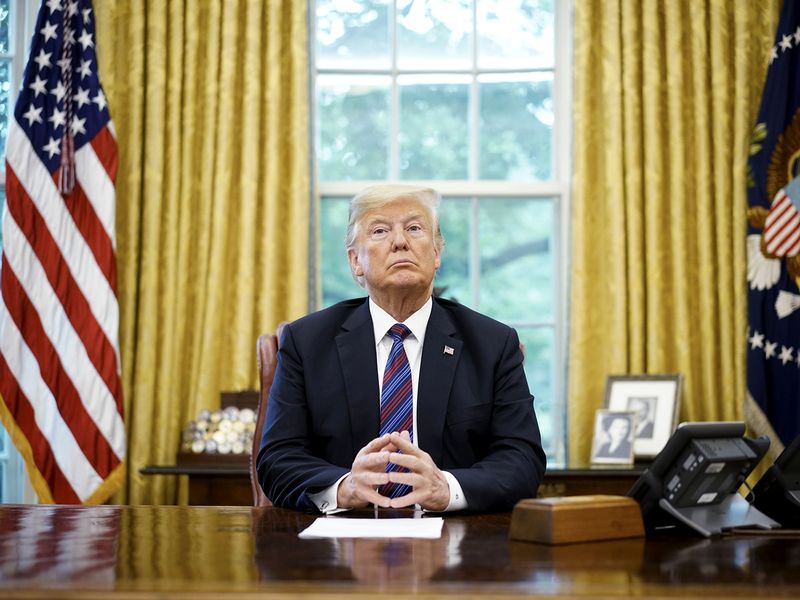 With most central bank governor’s speaking at the Jackson Hole Symposium over the weekend RBA’s Lowe didn’t disappoint. Lowe pushed the notion that governments should be doing more to increase respective economic growth. He warned that central banks only had a finite amount of tools in the shed to combat slowing growth. “Monetary policy cannot deliver medium-term growth, we risk just pushing up asset prices” Lowe said. As an alternative he called for more structural reforms and investment in infrastructure. These measures have been spoken about by the Bank of Japan and the ECB in recent times – as central banks continue with easing policy in the medium term we will see more rhetoric on this. Australia is not part of the G7 with the yearly meeting taking place in France at the moment, but this year Scott Morrison has a special invitation as an observer. He will attend the digital transformation session and talk again as he did at the recent G20 about the crack down on extremist online material and social media. Building Approvals print Friday.

The New Zealand Dollar held off depreciating further on Friday in the wake of President Trump increasing tariffs on China and raising the stakes in the ugly trade war. The kiwi traded off its lows across the board spiking higher after Adrian Orr spoke at the Jackson Hole Symposium. He said the 50 point rate cut set on the 7th August was a pre-emptive strategy to get ahead of the curve and reduce the need of further cuts. He said the NZ economy was in a good position and would like to see businesses investing more but realised the global outlook was holding back optimism. If other central banks keep easing policy this could become a problem for the NZD if investors opted to hold the kiwi based on return. Orr said the RBNZ is ready to act as necessary “we will do whatever it takes”. This week’s calendar is quiet with only ANZ business confidence Thursday. We suggest reasonable volatility this week for the local currency with safe haven assets preferred.

Just as fast as President Trump stalled introducing tariffs of 10% to 300B worth on Chinese products until the 15th of December, he has retaliated directly to China announcing plans to impose tariffs on US products on 75B going back on his word. Trump will not only increase the tariff to 15% to 300B worth of products he will also raise the 25% tariff on 250B to 30% starting October the 1st.  The announcement was made via Twitter – Trumps preferred method of such massive market moving headlines. The news overshadowed Powell’s speech at the Jackson Hole Symposium leading to another huge sell off in equity markets and risk related assets. Powell said the Federal Reserve is “carefully watching developments as we assess their implications for the US outlook and the path of monetary policy”. Trump was fast to pick holes in Powell’s speech saying “as usual the Fed did nothing”.  Trump is also demanding that US businesses in China return to the US and to start looking for alternatives to running operations in China. Clearly he wants US companies to make product in the US. Published in China’s ruling Communist Party over the weekend was a piece describing Trump decision to continue with increasing the trade tariffs as a “strategic mistake, and that China won’t give in to America’s – unreasonable demands”. The risk barometer cross USD/JPY is currently trading just above a multiyear low at 105.90 and looks to retest 104.60 possibly on its way further south to 100.00 if global tensions remain a while. Market’s attention is now on the G7 meeting in France.

The Euro bounced off key support of 1.1020 against the greenback last week through Thursday but lacked any real direction. The most prominent gain was against the New Zealand Dollar when it rose by nearly 1%. Further volatility  came on Thursday night when French and German Manufacturing printed higher than expectations. German PMI lifted to 43.6 from 43.1 while French figures came in at 47.3 based on 46.3 forecast. The EUR appreciated over 0.7% to 1.1140 versus the big dollar. The G7 meeting in France ended yesterday with most of the attention focusing on President Trump as he increased tariffs on Chinese products and distanced himself further from other G7 allies. We remember it was last year’s G7 summit when President Trump was embroiled in a row with Canada’s Trudeau refusing to sign the joint declaration making for a tense couple of days. German prelim monthly CPI will publish Thursday, the highlight on the economic docket this week.

Boris Johnson said Sunday that if the UK leaves the European Union with no deal, they will no longer owe the EU the 39B divorce agreement made by Theresa May. Johnson will meet with Tusk in a separate meeting at the G7 in France to outline that the UK will only make payment for GBP 10B in settlement. British Government legal experts confirmed that the UK was only legally obligated to make payment for GBP 7B. Johnson told reporters that “I think what the entire European Union understands is that if we come out without a deal then the GBP 39B is no longer legally pledged”. He went on to say that if the outcome eventuated he would have a substantial sum available from the 39B saving to spend on farmers and in all sorts of areas. The chances of brexit deal being negotiated is becoming more likely and depends according to Johnson, with Tusk and the EU’s ability to offer alternatives to the backstop. Tusk said any alternative to the Irish backstop would need to be “realistic’. The fact that the EU has “room to move” has helped the Pound over the week making it the strongest currency appreciating over 1.6% against the NZ Dollar.

An unexpected trade deal has been reached between President Trump and Japan at the G7 meeting in France over the weekend. Prime Minister Shinzo Abe said they have agreed a deal in principal following months of negotiations. Trump said “this is a tremendous deal for the United States”. The deal involves agriculture, e-commerce with Trump confirming part of the agreement was for Japan to purchase all of the excess US corn. To consider the wider picture trade war with China and the US, its well known that Japan and other Asian countries are able to produce most of the products currently produced by China, with arguably better quality from factories which can produce the same products.  Lightizer has said this will open up markets to 7B in Japanese products with a major benefit to wine, beef and pork. Japanese unemployment releases on Friday and is expected to remain unchanged at 2.3%

Canadian Retail Sales released late last week showing Canadian spending was healthy for June across the retail sector. Retail sales for the month was 0.0% based on expectation of a negative result around -0.3%. The only blip in the figures were motor vehicles and parts which declined 2.5% with motor vehicles now down 5.2% y/y. This week’s monthly GDP for June is released and is expected to print at 0.1% in line with the three previous months of positive data. Anything higher than 0.1% will give the Bank of Canada a little room with their easing policy.  Crude Oil holds steady in the mid 50’s for now with OPEC turning their view bearish for the remainder of 2019 as production forecasts decrease. OPEC also said global supply could outpace demand by about 2.0% affecting price lower.