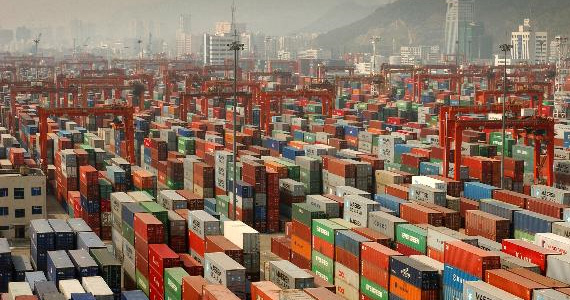 Australia
Australian markets were quiet on the reduced Easter/ANZAC holiday period with the main focus this week on the Q1 CPI data due out early this afternoon. News that the Chinese government was about to end stimulus measures for the economy saw pressure back on the Australian dollar which has slipped back from the 0.7200 level against the USD seen last week to below the 0.7150 level with next support seen down at the 0.7100 mark. We expect thin volumes over this week so any move may be exacerbated.

New Zealand
Continuing thin volumes and little local data will see the NZD moved by offshore markets this week, with only trade data on Friday to provide any local input. Already the news on reduced China stimulation has seen the NZD drift lower and we look for the kiwi to remain on the defensive over the week. Immediate support is at the 0.6600 level.

United States
The US good news economic story continues, as U.S. stock indices closed at record highs on the back of better-than-forecast earnings while the US dollar strengthened, and Treasury yields dipped. The S+P 500 Index and the Nasdaq Composite marked new milestones as Twitter, Lockheed Martin and Hasbro climbed following favorable Q1 results, adding to a rally led by the large technology companies. The gains cap a momentous run for U.S. equities, with the S+P500 up 25% from the low reached on Christmas Eve. Despite ominous concerns over trade remaining, with little progress yet seen on the US/China trade talks and with President Trump vowing to reciprocate EU tariffs, the US economy remains one of the few major countries seeing steady growth, and traders/investors are piling into US assets as a result. Look for this trend to continue throughout the rest of the week although a bad figure for Q1 US GDP on Friday may temper this rally, however we now consider that this figure has potential to surprise on the upside.

Europe
Overnight data was released showing a decrease in debt ratios over the Eurozone region, with the debt to GDP ratio falling from 87.1% at the end of 2017 to 85.1% at the end of 2018. However elevated debt levels in Greece, Italy and Portugal remain a concern. In an interview overnight, a senior ECB official commented that while the ECB does not forecast a recession, the economic slowdown in Germany is stronger than expected. However, markets pricing in an ECB rate hike only in late 2020 differs from the assessment shared by the ECB governing council, and that the ECB’s projections will be revised in June. With the Greenback higher across all its trading partners the EUR remains under pressure and with the EUR/USD rate currently around 1.12223 is not far away from the 1.1175 yearly low. Look for selling pressure to remain.

United Kingdom
Last week’s release of the UK CPI was 1.9% y/y in March slightly lower than the expected reading of 2.0% y/y. Investors and economists believed the indicator would improve faster, thus supporting the Pound. However, the inflation situation is currently looking relatively calm and stable. After a holiday break and no doubt a welcome respite from Brexit deliberations, British lawmakers return to work on Tuesday, and it’s a safe bet that Brexit will be high on the agenda. However, there is another departure date being discussed for Britain leaving the EU. Some Conservative MPs plan to tell Prime Minister May to name her exit date, or else she will be ousted in June. May has been unable to pass the withdrawal agreement through a divided parliament, and her days could now be numbered at 10 Downing Street. This news has seen the GBP hammered lower overnight with the GBP/USD rate falling from a high yesterday of 1.3017 to 1.2934 this morning. Continuing UK leadership uncertainty coupled with the resurgent Greenback will keep selling pressure to the fore on the GBP.

Japan
Main news this week for Japan will be the BoJ Monetary Policy statement and interest rate decision due on Thursday. No change is expected to rates but as usual the statement on forward projections will hold market interest. Later in the week on Thursday, Japanese PM Abe meets leaders of the European Union, before flying to the U.S. for a summit with President Donald Trump.

Canada
This week will centre on the Bank of Canada (BoC) Monetary Policy statement due on Wednesday with an interest rate decision to follow, the consensus is for no change with rates remaining at 1.75%, again the subsequent press conference will be watched for any changes in forward rate projections. The rally in crude prices over the last few days has seen the CAD strengthen against the USD with the USD/CAD rate dropping from 1.3398 last week to around 1.3340 currently. We expect the continued rally in oil prices to remain CAD supportive, but this could be tempered by any dovish language from the RBA around its Monetary Policy statement.