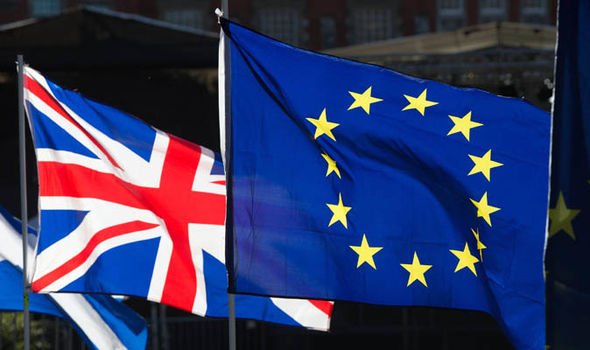 Get your free online quote here

A game of two halves…?…the US government shutdown has ended after a record 35 days, but we may see a redux come the 15th February!
President Trump succumbed to pressure over the weekend, ending the shutdown with no concession for “Wall” funding but instead provides time for Congressional negotiations over the next 3 weeks with a decision made before the current funding extension expires again on the 15th February, this result has seen a rise in risk markets. However, President Trump has said that if he can’t get a fair deal, he will either use his emergency powers or government will shut down again, look for more fireworks on this front over the next few weeks.
After a solid start to the year, investors are looking for more direction from a corporate earnings season that has so far been indecisive. Chinese Vice Premier Liu He has arrived in the US for what the White House is describing as “very, very important” trade talks this week. Amidst the backdrop of U.S.-China stress and geopolitical tensions in Venezuela, traders/investors also need to navigate the Federal Reserve rate decision, developments in the U.K.’s Brexit process and a potential slew of American economic data that was delayed by the government shutdown.
Brexit continues to dominate the Eurozone with the UK Parliament overnight voting not to delay the Brexit date of 29th March thus giving PM May an opportunity to send a unified message to Brussels to rip open the Brexit agreement or watch chaos unfold as the U.K. splits away from the bloc without a deal. The GBP has come under pressure as the chances of a no-deal Brexit are now perceived to have risen.
Also, on the agenda this week are further US/China trade talks, now complicated by the new indictments by the US Justice Dept against Chinese technology giant Huawei, along with the FOMC meeting and statement on Wednesday night.

Australian Q4 CPI will be out today (1:30pm NZT) with headline inflation expected to be weak at 0.4% q/q however expect to see core inflation slightly higher at 0.5% q/q, but risks are to the downside. The AUD remains soft, with a deteriorating domestic housing market, a result of tightening lending conditions and weakening demand, also behind the AUD collapse. Despite the Reserve Bank of Australia has kept its cash rate at 1.5% since August 2016 and expectations are for no change from the RBA next week. The RBA view is that household consumption remains as a “continuing source of uncertainty,” amid the imbalance between weak income and debt levels that are still high. Agreeing that the next move in rates will likely be to the upside, the RBA sees no reason for a near-term adjustment in the monetary policy, with speculative interest pricing in an upcoming rate hike in 2020. Another issue continuing to pressure both the Aussie economy and therefore the AUD is the ongoing US/China trade dispute. To put it into perspective, China is Australia’s largest trading partner with over 30% of Australian exports going into the world’s second largest economy, with the Aussie dollar being directly correlated with Chinese growth. Trade tensions have fuelled the economic slowdown of the Asian giant, which, in the third quarter of 2018 grew just by 6.5%, the weakest year-on-year quarterly GDP growth since the first quarter of 2009. Conversely, in the three months to September, the Australian economy grew by 0.6%, the weakest pace of expansion in two years. Aussie jobs data has been more robust, but we look for a continuation of the soft AUD trend until some clarity is reached around trade.

It’s a quiet week for local data with little in the way to move the New Zealand currency as all eyes focus on the trade war and Brexit developments, any moves will be offshore generated. The NZD remains a solid performer with any signs of progress on trade likely to be positive for risk and should keep NZD supported. Earlier in the week trade data showed that New Zealand’s unadjusted monthly trade balance turned a surplus of $264m in December – following six months of trade deficits.

A more positive start to the week, with the US Government 35-day shutdown now over, well at least until 15th February, when temporary funding again will run out! Chinese Vice Premier Liu He arrived in Washington for what the White House is describing as “very, very important” trade talks this week. Against the backdrop of U.S.-China stress and geopolitical tensions in Venezuela there is the Fed rate decision later tonight…expectations for no change at 2.5% but as usual, the press conference will be watched for any change in the Fed’s rate hike outlook scenario. The corporate reporting season continues with Tech giants Microsoft, Facebook, Alibaba, Qualcomm, Tesla, Samsung and Sony announcing earnings over the next few days coming after a disappointing result from market heavyweight Caterpillar.

Eurozone economic data continues to disappoint with a slowdown becoming increasingly evident, especially in the German economy, which encounters capacity constraint and suffers from reduced demand. Eurozone manufacturing momentum also continues to lose pace and both French and German Manufacturing PMIs now read below 50, but the slowdown is not isolated to the manufacturing sector as the service sector PMI trend is comparable. ECB rate hikes look to be firmly off the table over the next 6 months at least. These weaker data prints mean that the EUR will remain vulnerable to a resurgent USD should a solution be found to the current US/China trade issues.

Brexit and more Brexit continue to drive the GBP along continuing announcements from UK based companies warning of the dangerous economic consequences of a no-deal Brexit. This scenario is somewhat closer today, given the vote overnight by the UK Parliament not to delay the 29th March Brexit date. This now gives PM May a mandate to return to Brussels and get concessions on the Irish border backstop, the premier vowed to ‘redouble her efforts’ – while admitting it ‘will not be easy’. The PM has repeated her offer to opposition leader Corbyn to join talks on how to proceed with Brexit and he has now accepted. However, it will not be plain sailing, as EU council chief Donald Tusk underlined the challenge the UK PM now faces by immediately rejecting the idea. ‘The backstop is part of the Withdrawal Agreement, and the Withdrawal Agreement is not open for renegotiation,’ he said…UK businesses voiced dismay at the setbacks, while the Pound dipped as markets assessed that the chances of no deal have risen. We expect continued volatility over the next 2 months until the Brexit gains more clarity.

The latest Japanese Cabinet Office assessment report has been released, downgrading its view on exports to a weak tone, but maintaining that the economy is recovering at a moderate pace while sounding a note of caution “We need to keep in mind that there is uncertainty about how trade disputes and China’s economic outlook will affect the global economy.” Late last week saw core consumer prices (including oil but excludes food) in Tokyo rose 1.1% in January from a year earlier, beating the median estimate of a 0.9% increase. The headline number also ticked higher to 0.4 % from 0.3 %. However, these results failed to impress JPY bulls, which is hardly surprising as inflation is still well below the BOJ’s target of 2%. Moreover, the central bank revised lower its inflation and growth forecasts this week, looking unlikely that the (BoJ) Bank of Japan will scale back the unprecedented stimulus any time soon.

Little in the way of any macroeconomic data releases from Canada on Wednesday and investors are likely to stay on the side-lines ahead of tomorrow’s key FOMC announcements.
The USD/CAD is sitting around 1.3272 and should hold around current levels with no test of the 1.3290/99 resistance level ahead of the FOMC later tonight.

Get your free online quote here