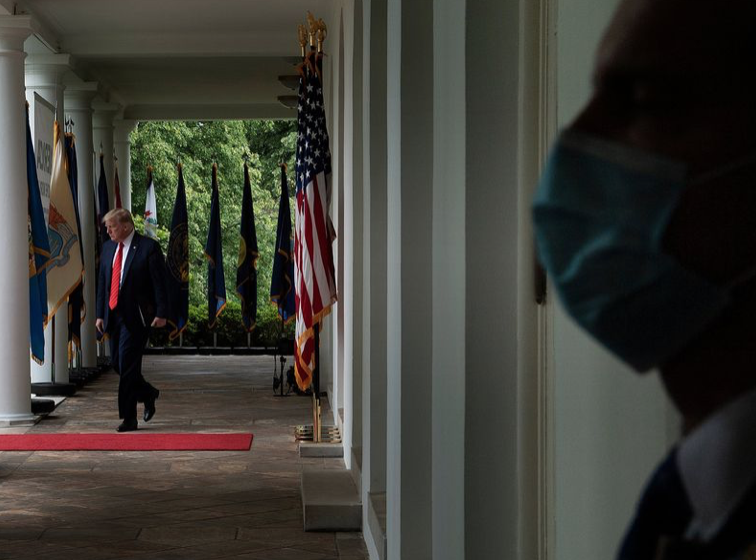 I would like to preface this by saying the below analysis is in no way meant as a commentary or opinion on the performance, or personality, of President Trump. The purpose of this piece is to highlight what we think are some major shortcomings in many articles and forecasts around the outcome of the impending US election. Those shortcomings steam from a collection of polls over recent weeks that look to be wildly inaccurate. We would like to bring some balance into the discussion so clients with impending FX exposure can better manage the potential risks around expected outcomes.

Back in 2016 the vast majority of the political polling companies had a major egg on the face moment when they were so spectacularly wrong in forecasting the election result. It would seem almost unbelievable to think they could be heading for a similar outcome this time around, especially as they all ensure us that they have “corrected” for the errors of 2016. But have they really? While polls have tightened somewhat in recent days, only a couple of weeks ago there were numerous polls suggesting Biden leading by +10, +14, or even +16 points! Even now late last week some still had Biden at +8. In 2008 Obama, who was wildly popular, won a landslide election. His margin in the popular vote was +7.2. Does anyone really believe Joe Biden is going to defeat President Trump by a bigger margin than Obama beat John McCain in 2008?

The reality is political polls have become less and less meaningful and less and less accurate in recent years. So much so that Gallup, who were the gold standard of polling for close to 80 years, no longer polls the Presidential “horse race”.  They pulled out of doing it because they said the results were no longer statistically accurate. Back in the 1970’s or 1980s the response rate for a political poll was around 50%. With that sort of response rate pollsters could get a representative sample of the electorate. Now, that response rate is 2%. That 2% is no longer enough to be a representative sample. That’s not to say we should completely discount all polls. A few pollsters did get it right in 2016 and interestingly they are all calling 2020 a very close race. But even these pollsters will admit it is increasingly difficult to get people willing to respond.

The reality is that Presidential polls should be treated as just one data point in conjunction with numerous others, and not seen as the main indicator of who’s going to win. If the polls confirm what other data points are suggesting, then you can likely put more weight behind them. But if the polls are saying something completely different to a raft of other data points then much less weight should be given to them. And this takes us to where we are today. Many of the mainstream polls seem to be at odds with other indicators that suggest a potential Trump win.

Let’s take a look at some of those other indicators. When it comes to elections voter enthusiasm matters. You need to get your base out to actually vote. One measure of voter enthusiasm comes from the results of the Presidential Primary Elections. In modern times, no incumbent has ever lost the Presidential election if they got over 74% of the Primary Election vote. This year Trump got 94%. One can also see anecdotal evidence of voter enthusiasm in the turnout for Trump’s rallies and the grassroots movement of car, boat, and street parades in recent months. This is in stark contrast to Biden’s campaign. Trump’s base will show up and vote, but Biden’s base seems only motived by hatred of their opponent, rather than excitement for their candidate. This could prove critical.

Another good indicator of the way a State may vote can be found in voter registration data trends. The Republicans have had a very good ground game in recent years registering voters in key swing states like Florida and Pennsylvania. Since 2008, as Republicans closed the registration gap to Democrats in those states, the election outcomes have followed a similarly improving trend. The registration gap is now the lowest it has been in recent history, and therefore much more favorable to the Republican candidate.

Presidential Job approval ratings. As of Thursday 29th October Rasmussen’s Presidential Tracker Poll showed that 52% of likely US voters approved of Trump’s job performance. That’s a very comfortable number for an incumbent. History indicates that with a rating of over 50% the incumbent wins, under 40% and they are in trouble. Added to that is the result of a classic presidential poll question. “Are you better off today than you were 4 years ago?” Currently, 56% of respondence are answering yes, and that’s right now, in the middle of the Covid impacted economy. Again, that’s a very positive result for the incumbent.

Lastly, we have what is referred to as the ‘shy Trump voter’. Some will debate if this is actually a thing, but we only need to look at the result of a recent survey which asked “Are you afraid to share your political views” to see why we shouldn’t dismiss the concept. 66% of respondents answered yes to that question. You can make your own mind up as to what side of the aisle may feel scared about voicing their opinions, but it seems likely many of those are leaning toward Trump.

On the other side of the equation, there are definitely factors that have hurt Trump’s chances of re-election. The Covid response has provided his critics with valuable ammunition and they’ve used it to its full potential. I would suggest had it not being for Covid, this would be a one-horse race, but that’s not the case and there is plenty to criticize about how the pandemic was handled. Trump’s personality has also turned off many independents and energized his opposition. No president in memory has created such virulent opposition. That only makes is it a bigger uphill climb for re-election.

Weighing all the factors up however and relegating the polls to their rightful place of simply being one data point of many, our view is that this race is a very close call. It will likely come down to a handful of key swing states and if they are close on election day, then the whole thing could easily end up in court with no outcome for weeks, or months. This would be the worst possible outcome. Markets don’t like uncertainty, so this outcome could create some significant volatility. Stock markets could easily see significant pressure resulting in a wave of “risk-off” selling across all markets.

A Biden win we believe would be negative for the USD. He’s likely to reverse tax cuts which will weigh on economic growth going forward. The market will also be concerned about the energy sector, in particular fracking, and the potential for many lost jobs in that area.

On the other hand, we believe the USD will appreciate on the back of a Trump victory. In economic terms, he is now a known quantity. His tax cuts and deregulation had the economy performing extremely well prior to Covid, and those factors should help it recover strongly as the pandemic fades. The elephant in the room for both candidates is the debit situation. It’s ballooned almost out of control, and no one seems to have a plan to rein it in. While interest rates stay at historic lows, the debt is serviceable, but looking further out it’s hard to envisage any optimistic scenario.