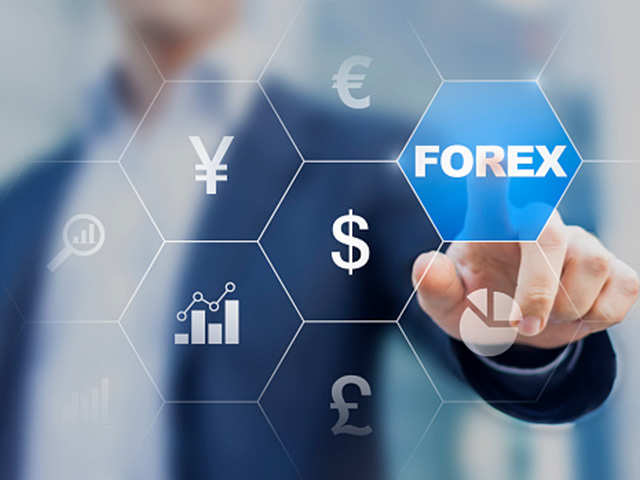 Main event heading into the week was the surprise (unpleasant for the ALP) result of the Australian election with the Liberal Party retaining power.
The Australian Dollar was lower at the open on concerns that Australia risks getting caught in the crossfire of the trade war between its most important ally, the U.S., and biggest trading partner, China and that the Liberals were perhaps seen as less able to manage the Chinese part of this equation.
The victory, and the fact that Liberal party rules have now been amended to make it harder to topple leaders, may ensure Morrison is the first Prime Minister since 2007 to survive a full term, currently the record sits at six different leaders in 11 years.

The AUD after initially dipping  to a low of 0.6864 against the USD , climbed back above the 0.6900 level to a 0.6933 high in late afternoon trading yesterday but  has retreated back to the 0.6900 region on lower equity markets overnight as the risk-off tone remains. Market focus will today be on the release of the RBA minutes later this afternoon, not expected to surprise, while at the end of the day, RBA Governor Lowe, will offer a speech titled The Economic Outlook and Monetary Policy, likely to have a more relevant effect on the Aussie.

With nothing of note publishing on the economic calendar for New Zealand, the NZ Dollar was tormented by a risk averse market in the wake of stalled negotiations in the US/China trade talks. The kiwi topped out at 0.6580 against the greenback before continuing to decline the fifth week straight to fresh yearly lows around 0.6510. Ardern’s Christchurch call summit in Paris went well with global tech companies and governments agreeing to fight online right-wing extremism. Facebook for one commented saying the new “rule” would have stopped the Christchurch shooter livestreaming the horrific event. This week’s economic docket is reasonably quiet again with just March quarter Retail Sales and Trade Balance Friday to entertain us. The NZD will be largely led by offshore action in particular any ongoing speak around trade talks. Although no actual meetings are scheduled this week between US and Chinese officials, we are bound to see further media headlines.

The US Dollar ruled the roost last week, by far the strongest currency outperforming the main board. US Data improved with the University of Michigan consumer confidence coming in noticeably higher at 102.4 after 97.8 was expected by markets. This highlighted a rise in the index to the highest level in 15 years with Americans upbeat over path of the economy. A point to note- these figures were recorded prior to last week’s US China trade disputes. Markets closed with a negative tone with markets continuing to remain downbeat as the divide in trade tariff negotiations worsens. US Equities have closed lower 0.5% -1.0% across the three main indices with the US Dollar Index improving to 98.10 as investors seek the greenback. Attention this week turns to prelim PMI data and the Minutes of the recent FOMC meeting on Thursday.

The fundamental outlook for the Euro remains a downside bias with the currency retracing the previous week’s moves higher, losing steam around 1.1260 against a surging US Dollar. Back around late April’s level of 1.1150 currently the Euro looks to retest the pivotal long-term price of 1.1110 if economic conditions don’t improve. The current cycle has looked dim when we consider – ongoing trade wars, Brexit and recent comments from Italy’s deputy prime minister Salvini, suggesting he wants to break EU fiscal rules in a bid to get Italy’s unemployment lower. It’s only a matter of time before we see unwinding of EUR funding and further US Fed easing which may offer some relief. Until such time the EUR looks sick with it eyeing the May 2017 low mentioned of 1.1110 versus the greenback. This week’s German Manufacturing and Business Climate release ahead of the European Parliamentary Elections.

The English Pound continued its two-week bearish run lower after Brexit news stung the currency again trading to a low of 1.2730 against the US Dollar. The currency has underperformed against all majors going down over 2.0% versus the greenback. While the US Dollar strength has dominated movement and led the Pound lower unsuccessful cross- party talks to nail down a May Brexit deal have also weighed. May’s new deal is reportedly the same as the old one which has been leaked to British media and has nothing of note for any change to the current customs arrangements with the Northern Irish backdrop. This week May will ask the cabinet to sign off a slew of Brexit concessions prepares herself for one last attempt to win over MP’s and salvage a result. This week’s focus will be on y/y CPI which is expected to move higher off 1.9% to 2.2%- anything less will have a detrimental effect on the Pound. Friday see’s m/m Retail Sales.

Japanese data continues to hold firm with machinery orders higher and forecast capital expenditure levels rising to their highest levels in years, according to the Bank of Japan’s latest Tankan survey. This data tends to be obscured in what seems like perpetually mediocre data on wages, consumer confidence and consumption, but points to how well manufacturing and machinery businesses are doing. Their spending is supporting the economy. The Japanese economy grew at a better than expected annualized 2.1% in the first quarter, defying economists’ expectations for a contraction, furthermore, Industrial Production fell in March by 0.6%, better than the 0.9% decline anticipated, while yearly basis it fell by 4.3%, slightly better than the -4.6% forecasted.

With President Trump’s trade war dragging on and looking more like bluster than a sustained hit to global demand, Japan’s conservative manufacturers could feel compelled to start spending more and maintaining, if not boosting, activity and exports, recent reports suggest the U.S. and Japan may accelerate efforts to reach a trade deal as Washington’s conflict with China intensifies. The ongoing risk averse tone continues to favour the JPY.

Over the weekend BoC Governor Stephen Poloz said he still believes interest rates are poised to continue rising once headwinds to growth dissipate. He also commented that there was still a lot of evidence of underlying strength in the economy and the current slowdown is likely just a “detour.” These headwinds, particularly high household debt and trade uncertainty are crimping business investment,  forcing the central bank to keep borrowing costs below where they would likely be otherwise. The BoC has raised borrowing costs five times since 2017, but recently indicated it won’t move any higher for now amid a slowdown that brought growth to a near halt at the end of last year. Trade concerns still feature in the mix , but the BoC is of the view that if trade issues are resolved any rebound would be swift. The USD/CAD continues to consolidate around 1.3430. The pair is holding firm to the losses that followed the announcement on Friday that the US reached a deal with Canada and Mexico to lift tariffs on steel and aluminium imports, increasing expectations that the new North American trade deal would be ratified.