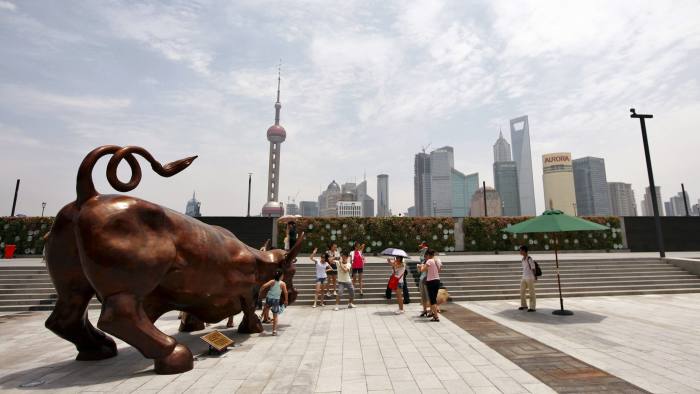 The Australian Dollar continues to drift lower across the board, perilously close to long term support of 0.7040 against the US Dollar Thursday. If we see further weakness, through 0.7040, due to risk averse market sentiment we could expose key support at 0.6800 levels. Equities have affected price action over the past week or so, the 3 main indices falling over 5%. Australia was upgraded to AAA this week by Fitch as they expect Aussie GDP to be 3.3% at the end of 2018, 2.8% in 2019 and 2.7% in 2020. The government deficit is expected to drop to 0.4% of GDP by 2020. This week sees zero economic data to comment on with the overall risk off tone expected to continue. Next week’s quarterly CPI and Retail Sales will be key with Core CPI forecast to print 0.3% showing annual pace to drop back to 1.8% from 1.9% y/y.

With little in the way of local led economic data the New Zealand Dollar has been restricted to mainly range bound movement. Risks adverse conditions have dominated markets with equities falling again continuing last week’s bearish mood. We think the kiwi should be weaker than it is, particularly against the US Dollar and with the massive drops in stocks, but it has shown remarkable resilience considering. NZ’s Trade Balance for September released at a deficit of 1.6 Billion the largest deficit on record. Imported petroleum products such as crude oil and a heavy weighing in exports of dairy and beef at a low point in the season contributed to the high deficit number. With NZ Business confidence down of late, hinged to the new labour government all eyes will be on the ANZ Business Confidence poll result releasing early next week. With better than expected figures last month based on improving employment and residential construction hopefully this will continue.

US Equities are the talk of the town with further major moves this week affecting market behavior. As it sits the S&P is a touch away from its January 2nd open of 2,683 currently trading around the 2,700 level. The DOW has fallen through its yearly open of 24,809 trading at 24,583. Meanwhile the Nasdaq has declined to 7,107 its biggest one day fall since 2011 with it falling over 4.4%. Disappointing earnings by some of USA’s largest companies 3M and UPS added to a negative tone across with punters heading for the exits in droves. The risk averse tone spread through currencies with the US Dollar down as investors preferred the safe haven of the Japanese Yen. Friday equity markets reversed a chunk of the early week losses – the DOW back at 24,984 and the Nasdaq to 7,322. The US Fed’s Bostic spoke saying the US economy is going along very nicely but they will continue with the current forecast of raising rates to dampen any outcome of the US economy overheating.

A light week of economic data for the UK region has seen the week’s price action pushed by Brexit related headlines. With no formal plan on the radar markets await further meaningful news. The British Pound has slipped below the physiological level of 1.3000 Wednesday to a low of 1.2870 against the greenback. Topside offers resistance around the 1.3200 area as long as Brexit uncertainty continues weighing on the Pound. Theresa May is meeting with the committee of Tory backbenchers today which play an important part in electing the leader of the party. Its thought that over 50 MP’s will vote unfavourably to the May’s Brexit plan. Apparently the Committee have been receiving letters of no confidence via MP’s – if 48 letters are received for a co confidence vote this could trigger a leadership challenge.

The EU have rejected Italy’s budget. Economy minister Giovanni Tria and Prime Minister Giuseppe Conte tried to get the deficit down last weekend but failed. The EU wanted the Italian government to decrease the budget deficit from 2.4% to 1.8%. Italian equity markets have been hammered this week with the ongoing uncertainty. Moody’s investor services have downgraded Italy’s sovereign debt rating to Baa3 which is just above “sub-investment ” grade, close to junk. The ECB left rates on hold this morning at 0.0% confirming they would end the asset purchase program this year with asset purchases now at a pace of 15 Billion Euros per month until the end of 2018. They will retain the current stimulus at 0.0% at record lows through to the summer of 2019.

The Japanese Yen has been the standout performer this week with markets being risk averse the Yen has been the currency of choice. Traders in equity markets have endured a rollercoaster ride this week with most indices down over 5%. The Yen has pivoted off the 112.50 zone versus the greenback bouncing from 112.90 to 111.80 and back. With the Japanese economy heavily reliant on exports the ongoing trade war between the US and China remains a headache for the Japanese. In a report published this week Japanese policymakers were pessimistic about the export sector. In the report they have lowered forecasts of exports due to the ongoing trade disputes. The Japanese economy continues to recover at a reasonable clip a key factor is Trump has spared Japan’s auto sector from tariffs. China growth slid in the third quarter of 2018 which is bad news for Japan with China being Japan’s biggest trading partner.

The Bank of Canada raised the benchmark cash rate Thursday morning from 1.50% to 1.75% its 5th since July 2017 and the highest it’s been since December 2008. The result was widely expected with the governor Stephen Poloz saying the economy was no longer needing stimulus. The Canadian Dollar outperformed all other currencies after the release showing that not all investors agreed the new rate was priced into markets. The newly formed trade agreement between the US and Canada also had a fairly strong weighting on the result. Further rate hikes are expected by the Bank of Canada (BoC) but they will wait to see what impact the current hike has on the economy with higher household debt levels affecting consumer pockets. Next week’s Canadian employment figures are expected to print well based on the improving economy.