RBA governor Lowe surprised markets by hiking interest rates 25 points to 0.35% instead of the widely predicted 15 point move. The Australian Dollar (AUD) rose to 0.7260 levels soon after against the US Dollar (USD) but failed to consolidate here. Thursday’s Federal Reserve continued their tightening of policy, hiking the cash rate to 1.0% from 0.50%, Powell saying he would most likely repeat the hike at the next June meeting but warned against rising to fast as this could strangle the economy and send it towards a recession. Predictions are for the Fed to raise rates to about 3.25% peaking around the end of 2023. Equity indices and commodities were all lower overnight as the balance of “risk” flow turned for the worst taking the pair back to 0.7080. US Non-farm Payroll tomorrow morning will stir up the usual dose of volatility.

Recent moves in the New Zealand Dollar (NZD), Euro (EUR) are suggesting the early May top of 0.6430 (1.5555) may be in the rear view mirror as price has reversed over the last 5 weeks down to 0.6100 (1.6400) this morning. Equity markets were hammered overnight and Bonds exploded, the NASDAQ is currently down over 5.30% for the day the kiwi struggled. NZ job numbers came in bang on 3.2% as predicted holding the lowest level since stats started in 1986. Looking ahead we have German and Eurozone economic sentiment followed by NZ inflation expectations q/q which could dangerously highlight where inflation might be headed over the following couple of years. The War in Ukraine should keep market sentiment low and the NZD on the backfoot for a while.

The Bank of England raised their cash rate to 1.0% overnight from 0.75% the highest since 2009 and the fourth time running. The central bank signalled they would move cautiously in the coming months warning of a possible recession based on an inflation shock. Expectations are that inflation could peak at 10%. Questions are being asked if the BoE should be more aggressive with hikes and “frontload” larger moves? Interestingly the vote was 6-3 in favour to increase by 0.25% with 3 members voting for a 50 point move. The GBP moved off 0.5250 (1.9040) at the release to 0.5190 (1.9270) in early morning trade. Earlier NZ jobs data came in benign at 3.2% vs 3.2% predicted holding its record low since records began in 1986. We think the GBP should be supported in the short term and continue its bull run from 0.5360 (1.8660)

Yesterday’s Fed news is today’s Fish and Chip paper. The New Zealand Dollar (NZD) recovered off the 11 month lows to pop up to 0.6560. Equity markets recovered losses and the Fed continued their tightening of policy. The Federal Reserve raised their cash rate by 50 points to 1.0%; Jerome Powell said they would most likely do it again at the June meeting. Raising too fast could cause a recession – something Powell said he was actively considering. Tightening slowly should bring about a soft landing in theory. Powell said the economy remained strong and that households and businesses look to be in good shape. Plans to shrink the 9T asset position will take place next month in efforts to bring down inflation which is running at a 4 decade high. Analysts are predicting the Fed to raise rates to around 3.25% by the end of 2023. Last night’s risk off slump had bonds exploding, the US 10 year bond surged to 3.06% hitting the highest level since 2018 and taking the kiwi back to a new low of 0.6390. The heavy week of economic data is not over yet with US Non-Farm Payroll releasing in the morning adding further volatility. The overall NZD tone generally points to a lower bias all things considered.

The Australian Dollar (AUD) extended early week gains post a decent Retail Sales print and hike of interest rates from the RBA. Aussie buying was strong taking price to 0.9009 (1.1100) Thursday clocking an August 2017 level. The Reserve Bank of Australia lifted their cash rate from 0.10% to 0.35% in a surprise move based on expectations of a 25 point shift which rallied the AUD hard. The central bank will also start decreasing their QE buying program, with growth forecasts being updated from 5.1% to 6.0% for 2022, Governor Lowe saying the economy was in good shape. Looking at the chart we don’t think the cross will get through 0.9000 levels for now with price backing away from the low to 0.9040 this morning. 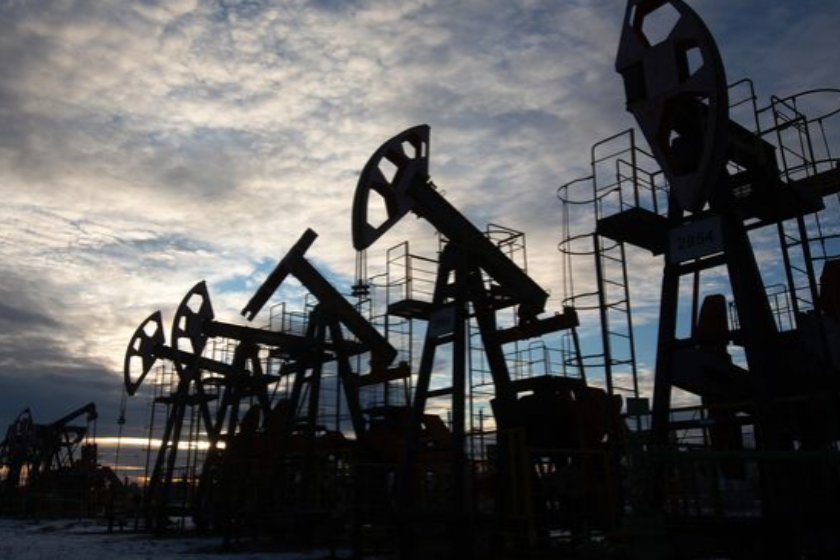 • NZ Building Permits for March 5.8% vs 12.2% in February
• Analysts have predicted that US inflation peaked in March and will go considerably lower heading towards the end of 2022
• Nasdaq, DOW and the S&P start May trading positive
• Sanctions on Russia won’t be lifted unless a peace agreement is put into place, opening the question up- how long will this war go on?
• Russia is planning a takeover of Moldova with a number of signals suggesting they will attack in the near term
• China struggles to deal with new covid cases in Shanghai with 7333 new covid cases
• The US Dollar is the strongest currency this week with the New Zealand Dollar and the British Pound the weakest
• Eurozone Manufacturing PMI prints at 55.5 vs 55.3, a slightly better revision END_OF_DOCUMENT_TOKEN_TO_BE_REPLACED

Volatility based around the war in Ukraine has made the road rocky in the Australian Dollar (AUD), Euro (EUR) cross. Add in rising inflation, the other market driver at the moment and we have a poor mix of sentiment resulting in some big shifts. The Aussie ended the week at the same spot it started, around the 0.6710 (1.4900) area after reaching 0.6810 (1.4680) during late Friday sessions before giving back gains as risk turned sour. Today’s RBA statement and interest rate release is our focus with a rise to 0.25% from 0.10% widely on the predicted. The last time the RBA hiked rates was 1 November 2010. More monetary tightening is expected over the coming months to curb rising inflation. We predict a retest of 0.6580 (1.5200) in the coming days.

The British Pound (GBP) rallied off 0.5695 (1.7560) late Friday against the Australian Dollar (AUD) to close out the week around 0.5620 (1.7790) the by-product of heavy “risk off” tone. The Aussie extended losses down to 0.5600 (1.7850) Monday amid thin market conditions as the UK broke for “May Day” holiday. Price action into Tuesday saw the AUD reverse pull back losses to 0.5640 (1.7730). Both the RBA and Bank of England are predicted to raise interest rates this week at their respective policy meetings- the RBA to 0.25% from 0.10% and the BoE to 1.0% from 0.75%. This will no doubt cause decent currency movement as analysts predict fair value. We expect the early April bear run in the cross to advance this week.

The Australian Dollar (AUD) continues to be spanked, running to 0.7040 this morning, taking on its 5th week of declines against the US Dollar (USD) reaching an early February low. The big Dollar has simply outperformed across the board of currencies ever since the Fed started speaking of hiking rates based on improving data. The Fed will undoubtedly hike early Thursday from 0.50% to 1.0%, this has already been priced into currency movement of late but what will be telling is an announcement of a balance sheet contraction of sorts. What’s interesting as I have said previously is that if inflation has indeed peaked and the Fed starts raising interest rates at a fast pace, they could in turn cause deceleration of growth and a potential recession. With the data releasing this week this cross could go anywhere, our pick is a retest of 0.7150.

Risk off flow in currency markets has seen the New Zealand Dollar (NZD) struggle in recent weeks against the Euro (EUR) the pair reaching 0.6100 (1.6400) yesterday a nine-week high. NZ Housing prices are starting to cool with lending slowing for the 8th consecutive month. The trend is expected to extend well into 2022 and 2023 with momentum shifting across the country. This has resulted in rate hike rise expectations cooling off. The key standout on the economic calendar this week is NZ employment data with the unemployment rate predicted to fall to 3.1%, a record low since records began in 1986. Technically on the chart we see resistance at 0.6060 (1.6500) the 50% retracement of the long-term ranges. A retest of this area is certainly possible as correlated assets suffer.