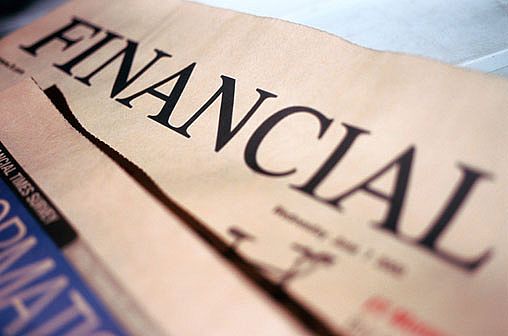 The New Zealand Dollar was first out of the blocks Monday morning with Retail Sales printing much worse than markets predicted. The total value of retail sales increased 0.0% from the previous quarter with growth in the Waikato region up 2.2%. The real tale though was that markets were expecting figures to be much better around the 1.0% mark so 0.0% was disappointing. The New Zealand Dollar falling away sharply continuing its momentum to the downside from last week’s risk off close continuing as the week’s worst performer against the main basket. In a week of low volume trading we saw super thin conditions with US Thanksgiving and Japanese Holiday holidays. Late Friday it was good to see most currencies show a bit of movement albeit to the downside from the rather stagnant week we had. Risk off themes we think will continue this week with Brexit leading the way. The EU has officially endorsed Theresa May’s terms of the UK’s withdrawal agreement bringing an end to negotiations which have gone on now for 20 months. The tough part begins this week when Theresa May will now entice the UK Parliament to agree on the terms of the agreement, she will spend the next fortnight travelling the country selling the deal before a parliamentary vote which will take place in early December. China will front at this week’s G20 summit in Argentina showing the world that they are cutting their reliance of exports in an effort to derail Trump’s government of allies in the ongoing trade war. Last week US trade representative Lighthizer said that China has not changed its tactics or practices and that this has dampened hopes for an agreement at the upcoming summit. China reacted by saying this was totally unacceptable and that the US government has broken its commitments to world trade organisation members. Beijing current account is nearly neutral after peaking in 2008 at 421 Billion surplus. Even with China’s weak equity market and slowing economy China are still unwilling to budge, China exports continue to grow based on recent data despite the tariffs. Markets are unsure how this will eventually be resolved but with further uncertainty and perhaps negativity this week we expect the recent risk averse theme to continue. Crude Oil was the biggest mover Friday when it was devalued by over 6.5% to 50.70 narrowly escaping price action in the 49’s after traders liquidated the asset after Trump’s earlier calls for lower oil prices and the global growth outlook weighed heavy. This week should see reasonable excitement with Fed members speaking and RBNZ, Adrian Orr Wednesday around financial stability.

Comments from last week’s RBA minutes concentrated on the importance of the Australian Dollar playing a part in setting future monetary policy. Its business as usual for the RBA unless a sudden market shock event was to surprise. In the event of a strengthening global economy, the effect on the Australian economy and the outcome on the exchange rate of the AUD would be pivotal. The Aussie Dollar closed the week out down 1.36% against the greenback and lower against all its main rivals except its Tasman cousin the kiwi. It has been under pressure with concerns regarding the growth of the global economy with declines recently in equities and commodity prices. It’s a quiet week on the agenda with only tier one quarterly private capital expenditure to print. The G20 should throw up a few surprises on trade, we expect Aussie downside momentum to continue this week.

Global markets uncertainty has created a risk averse currency market over the past week as analysts and currency participants remain nervous. The New Zealand Dollar under performed last week losing value over all its main rivals leading the way with 1.40% or 110 points against the stronger US Dollar. We expect the broad trend lower to continue with moments of choppiness. The New Zealand Dollar came out charging on Monday’s open after Retail Sales surprised markets with lower numbers leaving the kiwi fighting to stay above 0.6750. At 0.0% instead of the 1.0% markets were expecting, somehow late Monday sessions, the NZD regained its mojo pushing through the weekly open prices on the crosses. On the economic docket this week we have the RBNZ stability report Wednesday with Adrian Orr speaking after in a press conference. ANZ Business Confidence releases Thursday with most likely a negative outlook theme on the economy based on a Labour government.

Lighthizer rocked the boat last week when he practically laid blame on China in the saga with trade tariffs when he said China had not changed its policies or stance to accommodate the US administration. Any chance of meaningful discussions to resolve differences at this week’s G20 summit meeting could be slim. Lighthizer is playing a key role in the negotiations with South Korea, Canada and Mexico and will be a figurehead in obtaining a solution with China tariffs. Trading conditions were super thin late last week with Thanksgiving holiday. Oil prices were smashed again during Friday sessions down nearly 7% to 50.73, it has narrowly avoided going below pivotal support of 50.00. The huge fall was largely due to prospects of stronger supply, particularly out of Saudi Arabia. The caravan of Migrants has reached a border wall between Mexico and the US between Tijuana and San Diego Sunday where tear gas was used after several people tried to make it past fencing and wire. With the gas travelling to where people were a distance away who were not attempting to enter the US, children were traumatised- US Border officials had said the gas was used as self- defence. US preliminary quarterly GDP prints Thursday with Fed minutes Friday. Key market interest lies with the G20 Friday.

So far Italy has been defiant against the EU in a budget row on the 2019 budget saying they would target 2.4% without any further negotiation. However things changed over the weekend when the deputy PM Salvini suggested they actually did have some room for a compromise. Italian media have reported that the budget could be reduced to 2.2% of GDP with other sources suggesting the figure is closer to 2.0%. It’s not clear how the drop in spending would be reduced nor was it certain on how the changes would satisfy the European Union. PMI for November missed expectations following a disappointing third quarter performance in Germany pressuring the Euro Friday to fresh lows. The Euro has come from a high of 1.1800 in September to trade around the 1.1330 versus the big Dollar and the thing on everyone’s mind is how the Euro will close out 2019. The EU should hike rates in 2019 with higher growth figures expected but for the end of 2019 we predict to see further depreciation down to a range of  around 1.1100

After nearly two years of negotiations the EU have finally given the go ahead with the withdrawal of the UK Sunday during a meeting in Brussels. After less than an hour of discussions the EU has given the thumbs up. Theresa May now needs to convince the UK parliament that her Brexit deal is the best deal for the citizens of Britain. Theresa May said the deal “delivered for the British People and set the UK on course for a prosperous future.” She urged both the leave and the stay camps to unite behind the agreement saying enough was enough. May said the agreement would protect the constitutional integrity of the UK with the UK scheduled to leave the EU on the 29th March 2019 after the referendum of 23 June 2016 when 52% of people voted supported a withdrawal. Boris the ‘animal’ is still campaigning against May and has called for a no deal Brexit saying the UK should hold back the 39 Billion Euro it needs to pay the EU. Theresa May has already upped the divorce offer to the EU from 20 Billion Euro. Bank of England Carney speaks on Tuesday about Alan Greenspan’s new book “Capitalism in America”.

The Japanese Yen started the week on a positive note carrying on the support it received late last week pushing through to 112.30 in risk averse markets. PMI Manufacturing released down on expectations of 53.0 to 51.8 reversing price action back above 113.50. The figure comes off a six month peak of 52.9 with the weakest demand for the first time since September 2016. Business confidence has also fallen for six consecutive months. CPI releases tonight and is expected to reflect 0.5% growth slightly down on the 0.7% earlier in the year. Retail Sales and the Unemployment rate will also print later in the week with unemployment expected to be consistent with last month’s drop to 2.3%.

The value of Crude Oil has declined around 35% since the rally to its highest price since 2014 during October, this has weighed on the Canadian Dollar hugely. If we go back 10 years and compare the correlation between the USD/CAD and the Crude Oil price we see a 79% positive relationship which shows the extent to which the Canada earns US Dollars being a high percentage of Canada’s revenue. The Loonie (CAD) received some relief Friday after CPI figures printed at 0.3% from the 0.1% expected after prices rose sharply in airfares, passenger vehicles and travel tours. Current disputes between the US and China show no signs of being resolved any time soon which have been detrimental for the Canadian Dollar. This week’s G20 summit in Argentina is expected to see US and Chinese Negotiators get closer to an agreement on trade tariffs. Monthly GDP will release Friday around 0.1% in line with recent growth projections.