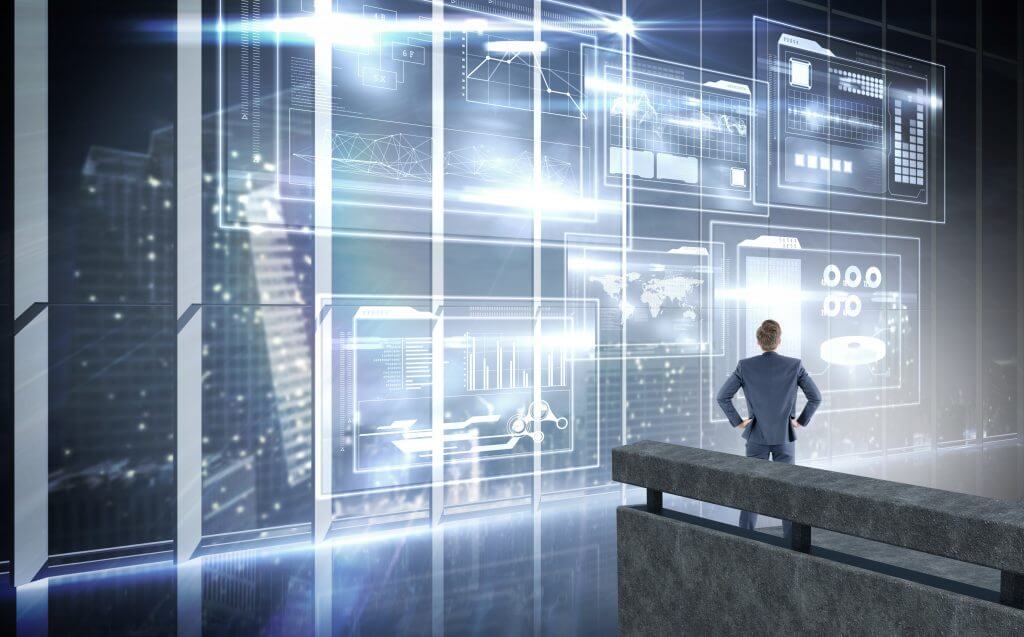 Economic update this week includes Friday’s Non-farm payroll data that was encouraging, confirming that the US economy continues to recover. The data showed that job growth continued to be solid with 228,000 jobs created over the month, unemployment levels held steady at 4.1%, but wage growth was below expectations. With conditions now set at around a 98% chance for a rate hike at the Fed meeting on Wednesday, we are now more confident that there will be another 3 hikes out over the 2018 year. Look for the accompanying revision of official forecasts and follow up press conference with Chair Yellen to provide any market moving indicators. Also announcing their final monetary policy statements for the 2017 year will be the ECB, Bank of England, Swiss National Bank and Bank of Norway.

The remaining of the week will see a raft of data for the US and the Eurozone block but the tone will be dominated by the Central bank statements. US equity markets opened the week higher, little affected by a small explosion in the New York subway that has been labelled a terrorist attack, led by over a 1% increase in media and technology stocks. European markets struggled to find clear direction ahead of the upcoming central bank meetings and the UK pound was easier as some of last week’s Brexit glow started to fade.

The Australian economy continues to box on with a mixture of economic data, overall the trend remains positive for growth but we have seen some shockers thrown into the mix, like last week’s household consumption. It will be interesting to see whether consumer confidence data for December, out later today, will show a better turnaround as last week’s data seemed to show that the shift in the savings rate suggests that consumers are becoming more reluctant to fund spending with savings. This leaves actual income growth all the more important. Employment data due Thursday also has potential to move the market.

The New Zealand market opened on a positive note for the week, with retail credit card spending showing an increase of 1.4% for November above market expectations, mainly due to higher fuel prices but encouragingly some solid gains in core retail categories as well. One of the main contributors to the consumer spending uptick is the housing wealth factor. As house prices steadied over the first 6 months of the year then picked up over more recent months, electronic card spending has pretty much followed suit. With the housing market such an important part of the New Zealand economy, the new Government’s policies aimed at pulling back housing demand, should see prices abate into 2018 (this already looks to be occurring) which should have a corresponding dampening effect on consumer spending into Q1& Q2 2018. Also of note later in the week, the new Labour coalition government will announce its first half-year economic and fiscal update. Late yesterday afternoon saw the release of the new Reserve Bank of NZ Governor, this will be Adrian Orr, who will begin his 5 year term on March 27th, 2018. Of interest will be how the new “dual mandate” of inflation targeting and employment, will be interpreted by Governor Orr. We believe that the RBNZ will remain realistic about what monetary policy can achieve in the long run, while at the same time paying more attention to employment over economic cycles. The New Zealand dollar rallied almost 50 pips on the back of this news with interest rates also slightly higher.

The shutdown of the US government was averted and US data remained positive with the Non-farm payrolls data seen as supportive, coming in above expectations (+200K) at +228K jobs for November. Although a Fed rate increase of 0.25% is 98% priced in by markets on Wednesday, as always the press conference will be closely followed for the path of Fed intentions into 2018. Already some commentators are telling investors to brace for the biggest tightening of monetary policy in more than a decade. As the world economy heads into its strongest period since 2011, heavy hitters, Citigroup Inc. and JPMorgan Chase & Co. are predicting average interest rates across advanced economies will climb to at least 1% next year in what would be the largest increase since 2006. With potential for increasing joint global expansion finally strong enough to spur inflation, albeit modestly, the test for central banks will be if they can pullback without fracturing the fragile recovery or knocking back asset markets. There are now some forecasters looking for the Fed to raise rates four times over 2018 as the US tax cut spurs growth, that’s some change from only 3 months ago! The picture may also be a little clearer when the US November CPI data is released later on Wednesday.

Not much action with the Euro over the week, especially given the paucity of economic data. Main points of interest were the Brexit talks and US tax reform. The EUR was around 1.04% lower against the greenback. This week sees several main data releases for the Eurozone region, as well as the major rate decision and press conference for the ECB. Ahead of this meeting the EUR has good fundamental support and December PMI’s on Thursday are expected to reinforce the positive outlook. Given that Euro strength has been self-sustaining over the last few months, evidence that inflation expectations continue to trend higher should put to rest any near-term concerns that the ECB might have over tapering the quantitative easing package.

Almost at the last gasp, a deal was reached on Friday between the UK and EU to move onto the next phase of the Brexit divorce. Negotiators of the two groups set out joint commitments that would form the basis of a withdrawal agreement, ahead of a European Council meeting on 14-15 December. This agreement is indicative of a more constructive dialogue between the two sides and largely resolves the difficult issues of the UK’s financial settlement and citizens’ rights. Assuming EU leaders agree with the European Commission that sufficient progress has been made on these issues as well as the Irish border, talks can move on to the second phase, addressing the UK’s future relationship (including its trading relationship) with the EU. However even after this small success, Brexit negotiations will remain extremely challenging and remain as an ongoing source of volatility to the markets. UK Data continued to be supportive with November PMI data for manufacturing and construction sectors showing a sharp rise, pointing to a potential GDP jump of 0.5% for the 3 months to November, above BoE estimates. Look for more debate around interest rate rises.

With the risk-off tone somewhat pushed to the back-burner over the last week or so, the Japanese yen has taken a backseat showing little clear direction. Economic releases are still supportive and in a government survey just released the optimism about Japan’s economic conditions among large Japanese manufacturers improved in the October-December quarter, another upbeat sign for an economy on a record run of growth. A major contributor to growth during the quarter was capital spending, with sales and profits higher, led by auto manufacturers and makers of electronic parts for smartphones. There was also positive news on the trade front, with a Japanese official reported by Reuters, noting that he expects the Trans-Pacific Partnership agreement to get signed before the Japan-EU Free Trade Agreement (FTA). The USD/JPY looks to be set to test the November 114.72 high, after the Fed announcement on US rates and the tightening path forward into 2018 on Wednesday.

The last couple of weeks have brought some important news regarding the Canadian economy. Last week, on Friday, there was a raft of reports that all seemed to paint a more positive picture. Q3 GDP came out a bit-higher than was expected, at 1.7% versus 1.6%, with jobs data more upbeat, as there were 79.5k jobs added in Canada in the month of November against expectations of only 10k with the unemployment rate unexpectedly lower at 5.9% print against a 6.2% forecast. All in all, there wasn’t really much to complain about, and this set up a fairly positive backdrop as we came into this week with a Bank of Canada rate decision on the docket for Wednesday. All this good news points for more Bank of Canada (BoC) rate hikes into 2018 but so far the central banks comments have lacked clarity around this issue. USD/CAD price action remains choppy, now around 1.2840 immediate resistance is at 1.2900 which should hold ahead of the US Fed statement later tonight.